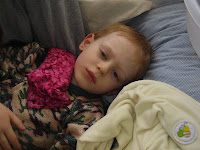 Dear Friend,
Sorry I haven't played with you lately. It's probably a good thing, though, since that means I didn't infect you with my virus. I spent today puking all over. All over me, all over Daddy, all over my bed, all over the kitchen, all over the bathroom. I learned a lot about the power of puke, though. It sends everyone running, it gets everywhere, and if you'd eaten a ton of blue popcorn the night before, it makes you look like a lumpy smurf.
I don't think, dear friend, that I'll be able to play for a few days. I just didn't want you to worry when I didn't call for a while.
I love you, bye bye!
Axel Jack 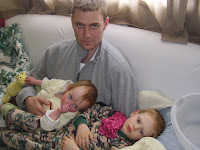 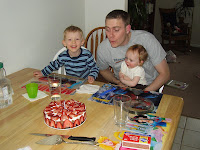 He's as old as me, now!
Typical birthday...he went to work, we ate yummy food (dinner was provided by Bombay House, YUM! and I whipped up a strawberry chocolate mousse torte, to die for!) and he got stuff. His favorite part? Time with the family. And the sledgehammer from Rebecca. Really, presents don't get much cooler than that! He's excited to destroy stuff (like bad concrete work) around the house. Watch out world, here he comes. 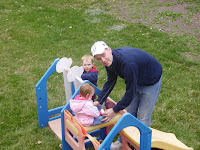 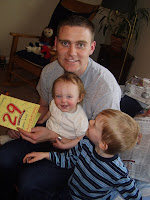 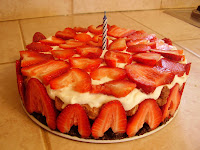 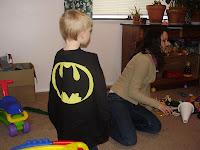 Well, it's been a while, but things are still happening in this House of Happiness.
For example, dressing up is happening quite a lot. Jack has rediscovered his cape from Aunt Heather and LOVES to be batman. Not that he's ever seen batman or really knows anything about him. He actually thinks batman is a bad guy. This is the kid who also likes to play "David and Goliath" and wants to be Goliath. Weird. Sheridan is into anything necklace-like. She is very much all-girl. It's funny. 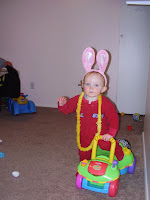 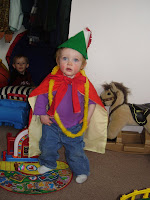 Also, we've been dressing up the House. 'Tis the season for working on home improvement. Our gas company offers $25 gas/energy audits, so we had one done. Turns out that we don't really have insulation in our attic, we had a gas leak, and we need new windows. Fortunately, they'll provide rebates for the attic and windows and they fixed the leak while they were here. And, while the energy audit said nothing about the bathroom vanity, I painted ours because the particle board sides and bottom were starting to flake away. It looks much nicer, if I do say so myself! Tyler doubted my, but he couldn't stop me from doing it while he was out of town. He's got 2 trips coming up...any thoughts on what project I should delve into next? 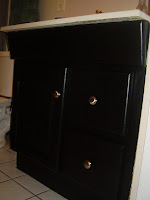 Sheridan had an accident and cracked her head on a door, leaving her with a horrible mark. We were reminded of Harry Potter's scar... 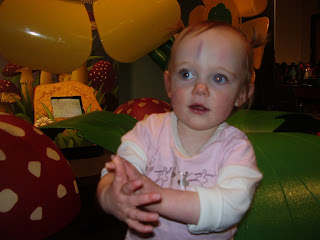 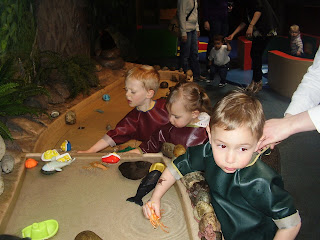 Well, we went on a Marathon Adventure for the last half of March (really. We left the 15th and didn't get back until April 1st). It was long, but generally quite fun. It also explains why we haven't called anyone (ie, the smiths had their baby and we haven't called them yet to congratulate them) or played with anyone (yes, Tams fam, that means you!).
Together, we embarked on our journey at the SLC airport. That is such an adventure...especially security with 2 kids, 4 winter coats and pairs of shoes, various electronic equip that must be unloaded, a stroller that has a broken "fold" button, a sickly Sheridan (UTI--ouch!) and a long line of people. 9 grey bins and 20 minutes later, we actually got through the screening. Phew! On to Portland, where my family put up with us for the weekend. It was nice, other than Sheridan being sick.
On to leg #2: Seattle. We drove up Monday morning and spent forever on the road. As one point, it took us one hour to drive 10 miles on I-5. It was a nasty wreck that we think involved a lumber truck. Regardless, Tyler was 1 hour late to his business meeting and we were wasting valuable time that could have been spent with the Quinn, and Ava! Of course, both kids fell asleep 10 minutes from Christina's house...and woke up cranky when we arrived!We had adventures at the Seattle Children's Museum 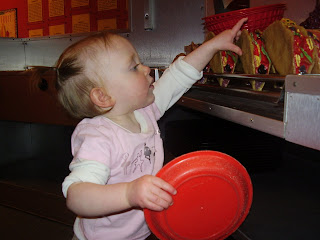 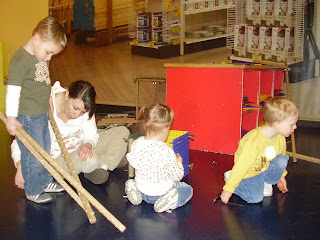 (a must-see if you have kids and are in Seattle--that's what the previous picts are from), shopping, at Ixtapa (Christina's fav Mexican restaurant...for good reason), and in the world of party-prep. Jack fell in love with Ava, generally got along well with Quinn, and eventually got over his fear of "annie doggie". Sheridan got less scared of the dog but was always on guard and got along great with the kids. She fell in love with Aunt Christina.
We also got to see my sister, Amber, 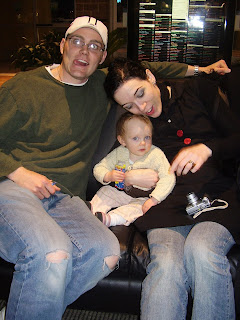 over dinner before we left. My kids liked their Aunt Amber, and it was so fun to catch up with her. 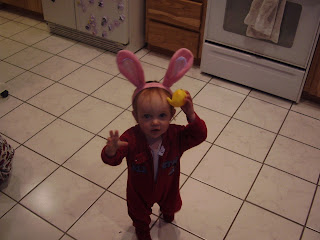 Friday was leg #3 of the trip: back to Portland. I caught a really HORRIBLE cold from "someone" in Seattle and it turned into bronchitis over the weekend. I slept for 3 days straight (Happy Easter!) until...

Leg #4, the worst leg, the Tyler-had-to-go-back-East-for-Business leg. Ok, i had a ton of fun with my sister and parents and family, but I REALLY missed my husband for a week. However, we managed to get out the day before we left to OMSI (an interactive science 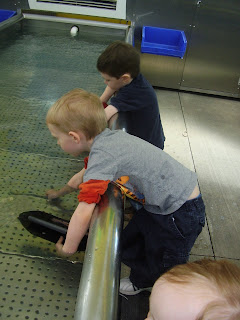 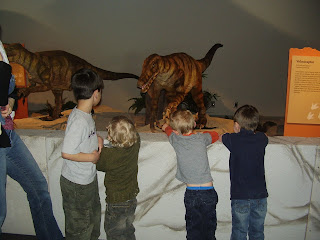 , and we did meet new little Wesley (and saw Deon and Jason and Wyatt) the day we flew out. Sheridan was IN LOVE with baby Wesley. She wanted to hold him and kept signing "baby" when she wasn't close to him.
Amazingly, flying home with 2 kids was fine. They watched a DVD and security was a snap (no long lines, didn't have to take out the DVD player, coats packed in luggage...Sheridan only ran away twice). 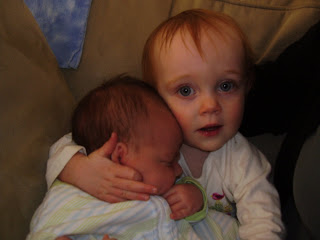 All in all, a wonderful trip (other than the week + of illness). Thanks family and Christina! 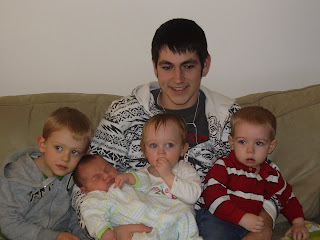 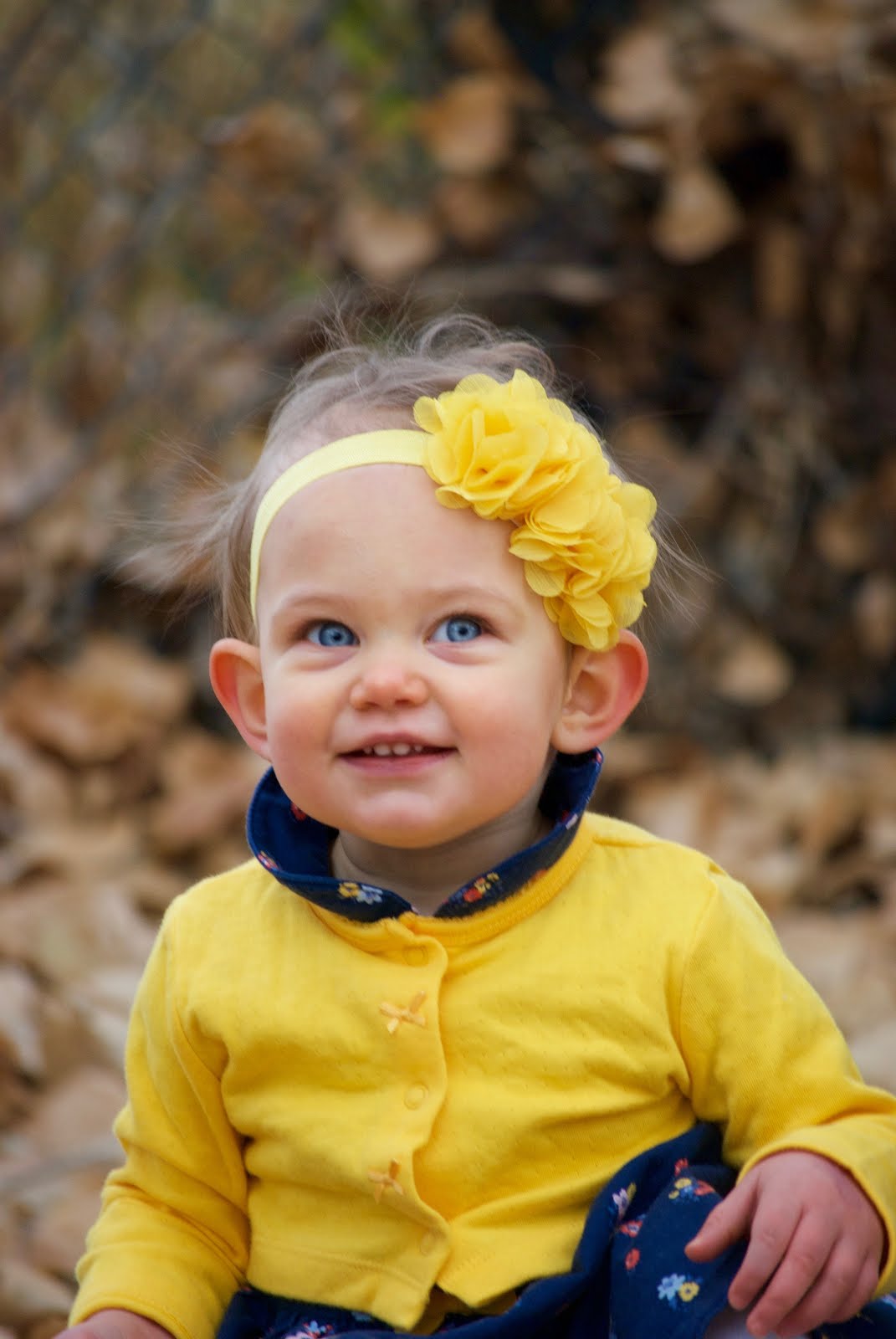 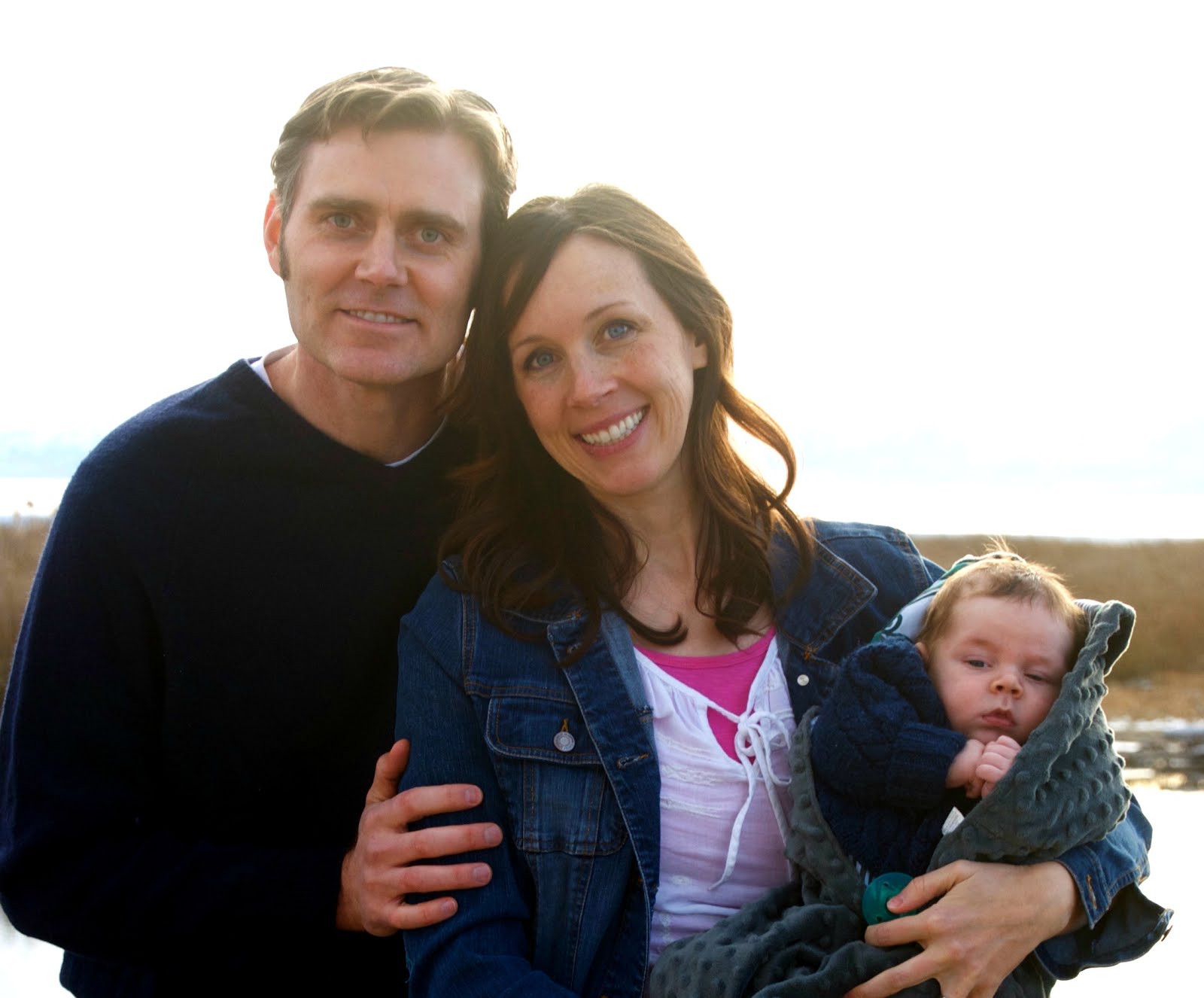